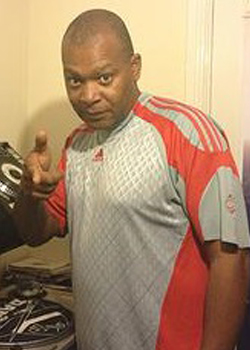 Born in England of Jamaican parents I’ve been involved in music from an early age, playing music on my parent’s gram for family gatherings, my dj potential has been with me for a long time.

My love of music progressed in 1979, I became the number one selector for Emotions sound based in East London.  The sound toured all the surrounding counties and some parts of Europe playing  all genres of music like Lovers Rock R&B Soca & Dancehall, which made Emotions one of the UK’s top sounds.

In 1992 I created my own 64 track recording studio called Roof Top 1661 working with some prestige artists like King of the Jungle, Regga Twins, Glamour Kid & Shut Up and Dance. I went on to produce two No,1 Jungle singles with my partner in crime Dr.P.
With my vast experience in music and my massive record collection I can safely say music is my life and always will be as I move forward.
Booking this DJ
If you are Interested in hiring this DJ, feel free to get in touch at info@worldjamglobal.com
Location :-
Born on :-
Email Address :- info@worldjamglobal.com